I originally hail from the small town of Harrisville in the Scenic Rim region of SE Qld.

My introduction to agriculture started at a young age. I grew up on a cattle property and my parents owned a Fruit and Veg shop in Ipswich. During the weekends and holidays I would work in the shop, this provided a good introduction to the retail end of the horticultural industry.

After finishing highschool, I studied Horticulture at UQ Gatton. Then for over twenty years I worked with one of Australia’s largest vegetable seed companies, this saw me travelling the world sourcing new varieties for the growers of Australia.

Come full circle, my wife and I then set up our own hydroponic greenhouses,  successfully growing high flavoured tomatoes for the specialty independent fruit shops of the east coast of Australia.

Now I am working with Flinders Agriculture on a mission to equip growers and farmers with the best possible soil amendments to improve plant health and increase crop yield. 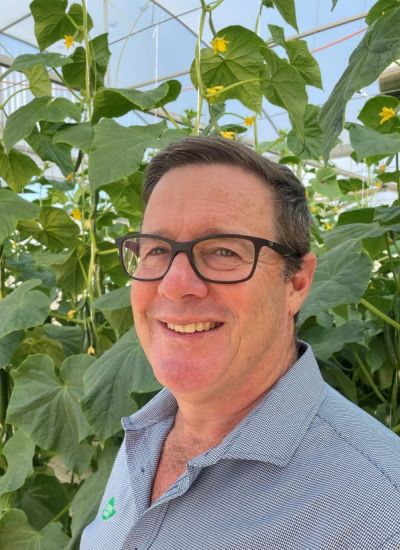 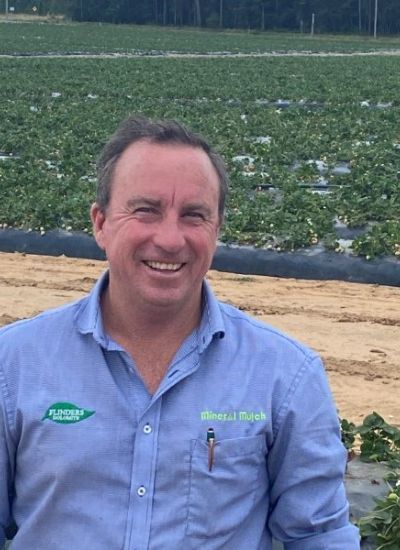 I was born & raised on a cropping and grazing property west of Goondiwindi, QLD.

In the mid 80’s I attended a Boarding school at Downlands College Toowoomba. By 1989-91 I had gained a place at the University of Qld Gatton campus to study Agronomy. The skills gained during this degree equipped me with the knowledge I needed to spend the next 20 years working in partnership with family, on our family owned and operated arable and cattle property. We grew wheat, chickpeas and sorghum crops as well as running sheep and beef cattle.

In 2013 I changed things up a bit and bought a CRT rural supply store at Woodford and ran that for some 6 years.

Then I spent 3 years as the QLD & NSW Manager for Grevillia Ag. So from a child raised on a farm, studying agronomy, working the farm, owning a rural store and then being a rep, you could say I have a unique view from all perspectives. I now bring this view to Flinders Agriculture and I am looking to work with growers on sustainably increasing soil and plant health across a broad spectrum of crops throughout SE Qld, with the vast knowledge I have gained throughout the agricultural industry.

Riaan was born and raised in Krugersdorp, South Africa.

During the 80’s Riaan completed his B.Sc. (Agr.) Soil Science and B. tech (Agr.) & Animal Husbandry and also did a degree in HACCP- GMP and a Higher Certificate in Hydroponics. In 1990 Riaan joined SAPEKOE Tea Estates, the largest tea, coffee and cash crop growers in South Africa at the time. In the mid 90’s Riaan started farming in the Northern Province, RSA, Farming horticultural crops, tobacco, wheat and cotton.

In 2003 Riaan accepted a Provincial Manager position with USAID in South Africa, an Agricultural Development Project. During the project Riaan was awarded the “Best Performing Province in South Africa” and received a “Certificate for Excellence.” Riaan has also served as a member on both the Provincial Agricultural Advisory Committee and the National Steering Committee.

In 2008 Riaan and his family immigrated to Australia where he joined an Environmental Revegetation Company in North Queensland. In the years since Riaan has worked in various agronomy capacities in the Australian Agricultural field. Building close working relationships servicing the horticulture, broad-acre and sugarcane farmers from QLD to NSW, Victoria and SA as an Agronomist with a major Rural Reseller advising in crop nutrition and sustainable farming practices.

Now at Flinders Agriculture Riaan brings a vast practical and technical knowledge to the growers, driving sustainable agriculture in soil and plant health. Having experienced the industry from various points of view, in 2 countries, Riaan appreciates farmers/growers’ needs, and how to find opportunities to achieve the best outcomes. 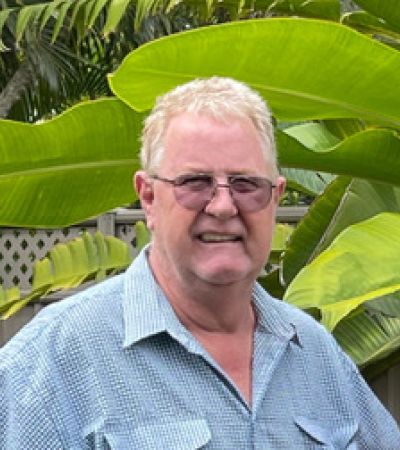 For over 130 years we have been helping growers and farmers to best amend and care for their soil and improve their crop health through the application of high quality dolomite and now calcium silicate. Learn more.